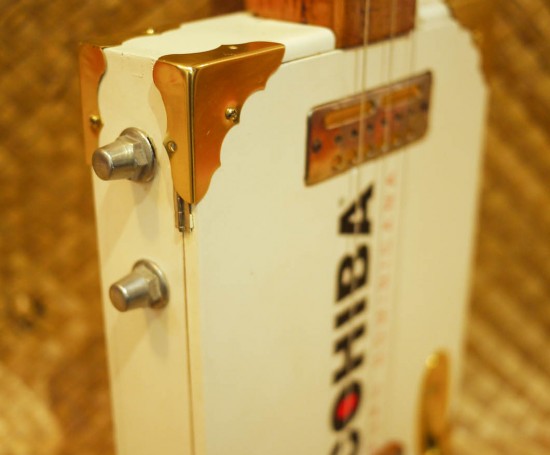 ALL BLACK AND WHITE

The idea behind this artwork came to me when I wondered what happens when the mind decides something is a forgone conclusion, a ‘sure bet,’ an outcome considered so obvious that there could be just one result, only to find the opposite happens ‘against all odds’. Thereby replacing a ‘sure thing’ with ‘anything is possible.’

In 1987 I had a part time job making rugby statues for the inaugural rugby world cup. I was given a couple of figurines that had not been cast properly.

I was a passionate rugby supporter and remembered thinking at the time, along with most of New Zealand how impossible it would be for the rest of the world to ever beat us at the Rugby World Cup as rugby was so entrenched in the fabric of New Zealand, and we were really that good at it.

Fast-forward to 2011 and the ‘sure thing’ of 1987 had become ‘anything is possible’ in the intervening years. Undaunted by those facts, I began making a guitar in July of 2011. I was so sure that the All Blacks would win the World Cup; I decided to invest my hard earned money on a newly minted gold coin issued by the NZ Post.

As we now know, the guitars integrity and the result lay in the balance up until the last second of the final game, until that forgone conclusion I originally had in 1987 of a ‘sure thing’ finally came to pass.